Itâs time to talk about science, and whatâs really at stake with marijuana.

Thatâs not true. Especially for teens the danger is real. The percentage of THC in marijuana (the part that creates the âhighâ) is much higher now. Research has shown that marijuana can affect attention, memory, and learning for days or weeks after the high has worn off.

It might be tempting to think that marijuana is just relieving stress, but there is more going on. In fact, marijuana can be a factor in some mental illnesses, making the symptoms of anxiety, depression and psychosis worse.

If someone uses marijuana daily, even to âsmooth out the edgesâ of a routine day, it could be that marijuana has become too much of a factor in their life. When a drug is introduced during the teen years or before, it increases the risk of addiction. Those who abuse alcohol in their teen years have an increased risk of lifelong alcohol problems. The same is true of marijuana.

Marijuana isnât just affecting your mood but your judgement, coordination and reaction time. Thatâs what a driver needs! There is ample evidence that driving under the influence of marijuana is linked to impairment and car crashes, including fatal ones. 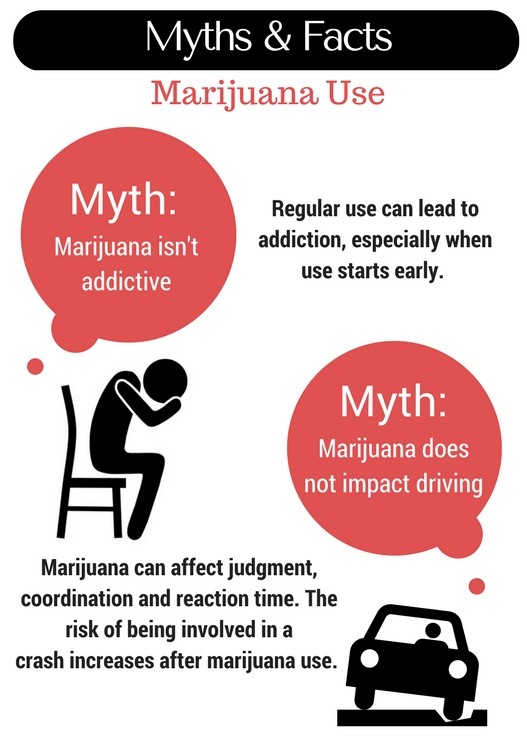